Unfortunately in early April the Bendigo Model Railroaders (BMR) lost it's long-time President Barry Pianta after a couple of years suffering health issues. Barry was a founding member of the club back in 1975: 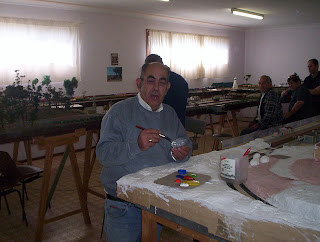 Barry left a number of items to the club, including many of his projects that never got finished (some were not even started as far as kits go). Members were able to have anything they might have a use for. One of these items is this E wagon, made up from two old Lima GY wagons cut and spliced together with suitable underframe detail added: 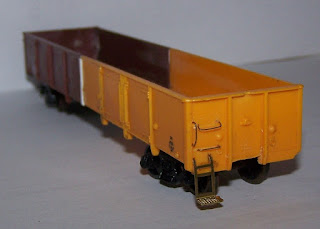 Deciding that another such open wagon could be accommodated in my running fleet I have taken this project on. First job was to fit some couplers and some suitable bogies for a more modern application. Both were not a problem as I already had a spare set of couplers and as for the bogies: 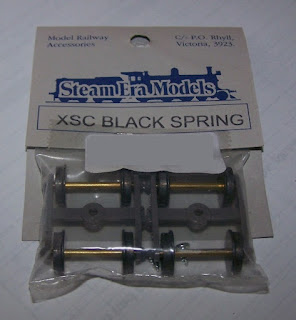 So what is the plan? Well this model will be finished as Steamrail's coal wagon VOAF9. It will be painted wagon red and stenciled for this traffic (when I source decals for this). I will also load the wagon up with coal bags just like the prototype has been since the early 1990s.